The Alien franchise is among the most successful sci-fi franchises ever spawned out of Hollywood. It even commingled with the Predator series (famously through one camera shot of a Xenomorph´s skull in the Predator´s spaceship in Predator 2) allowing for Hollywood to exploit our obsessions for details with a series of video games and an Alien vs Predator movie franchise. The film series have even inspired a wealth of Alien comic series with even more outrageous cross-overs such as Batman/Aliens, Judge Dredd vs Aliens, Green Lantern vs Aliens and even Aliens vs Predator vs The Terminator. As the actual science that is swathed throughout the series is extensive; from hypersleep to space travel to the Xenomorph´s life cycle, I will have to contain myself and start with one of the most discussed topics; the Xenomorph´s blood. 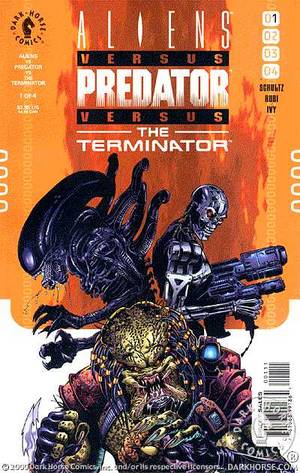 This actually exists. How friggin awesome!

The actual aliens or Xenomorphs were designed and developed by Swiss genius/weirdo H. R. Giger, who has crafted some of the world’s most creepy, unsettling, disturbing, and FUBAR imagery (ever!) put on paper. Their big sinister smile, eyeless exoskeleton, and complete indifference and apathy for other lifeforms, make the Xenomorphs among the scariest villains ever put to film. Notwithstanding their genetically weaponized defense mechanism; corrosively acidic blood. 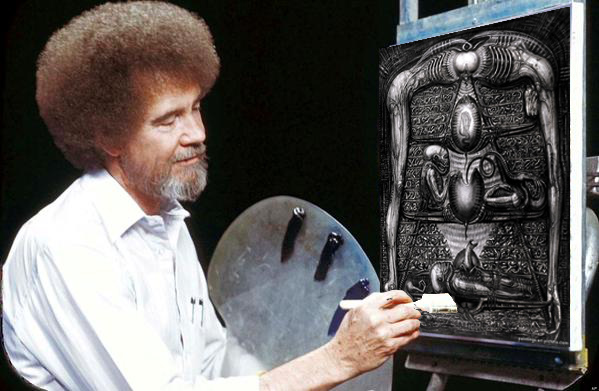 The films themselves cleverly gave as little information as possible as to the chemical composition of the blood, all that was mentioned pertained to “molecular acid”. (What type of acid is not molecular by the way?) The original purpose of this article was to introduce the concept of superacids to display the possibilities of the corrosive nature of the aliens´ acidic extravasate. After a few Google searches, however, it seems like this idea has been done to death. Which isn’t anything bad, but in a nutshell, superacids have the capability of protonating alkanes (which is quite the feat) and the strongest known acid, magic acid, is a combination of hydrofluoric acid (HF) and Antimony pentafluoride (SbF5). I highly recommend this video by Nerdist but the video cements my original idea for this particular blog.

So. All acquainted with magic acid? Good. Now I will take this idea even further to illustrate some more interested aspects of the Xenomorph´s physiology and cosmic origins. 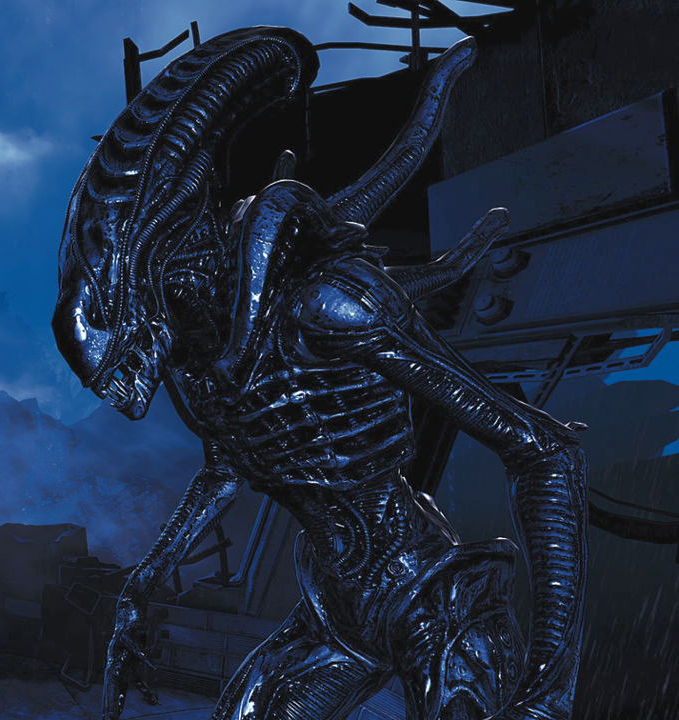 The exact composition of the Xenomorphic blood is a hotly debated topic… on the internet, particularly on Reddit. If we take a chapter from the Aliens vs Predator wiki community, however:

“The specific composition of the acidic blood remains a mystery, with its incredibly corrosive properties no doubt limiting the degree to which it may be studied. However, it has been theorized that the blood could be some type of “hydrosulfuric” or hydrochloric acid composition due to its corrosiveness and its conspicuously toxic effects on living human tissue. It has also been proposed that the Xenomorphs are immune to their own acidic blood due to an endobiological build-up, similar to the human stomach’s ability to protect itself from its own digestive fluids. It has also been theorized that the blood is fluorine-based, and that the Xenomorph’s protection system against its own toxic acid is essentially a bio-organically produced Teflon insulation within its body, since polytetrafluoroethylene (PTFE, or Teflon), being a fluorine-based compound, does not react with hydrofluoric acid. It is known that Xenomorph chitin is resistant to the acid even after it the creature has died or its chitin has been removed.“

In short the superacid HF*SbF5 does not necessarily have to be the main culprit. If anything, it may just be a minor component in the blood considering the prevalence of atomic Antimony in outer space. There may in fact be other various acidic components in much higher fractions than magic acid, like the aforementioned hydrofluoric acid but also sulfuric acid (H2SO4), hydrochloric acid (HCl), nitric acid (HNO3). Considering the relative solar system abundances of these acids´ constituents, they are likely culprits of the acid blood´s corrosive nature.

…And just a dash of the Universe´s most heinous molecules…

But is the acid the actual blood of the Aliens? Our blood serves a specific purpose, namely to carry oxygen and carbon dioxide molecules around the body´s organs and tissues and thus enable our metabolism to take place. What is purpose of the Xenomorph’s blood?

Here we need to delve into the comic book lore of the Aliens. In the comic books, a multinational conglomerate called Lasalle Bionational (a subsidiary of the Weyland corporation) that focused on biologica research managed to unravel some the physical properties of the acidic blood. To again quote the Aliens vs Predator wiki:

“While Xenomorph acidic blood is primarily thought of as a passive defense mechanism used to deter attackers, studies show that it in fact plays a far more integral role in the creature’s biology. Research by Lasalle Bionational indicates that the acid is primarily a component of a biological “battery”, generating a powerful bio-electric charge by means of chemical reaction that provides the Xenomorph with its energy, replacing the need for traditional respiration and digestion of food altogether. This would would help to explain how the creature is apparently able to survive in the vacuum of space for significant periods, and also helps to explain how the Ovomorph stage is seemingly able to remain dormant but alive for vastly extended periods of time. However, the means by which the creatures may “recharge” this battery remains a mystery. It is quite possible it simply cannot be renewed, and that Xenomorphs will eventually die naturally as a result of this energy source depleting.” 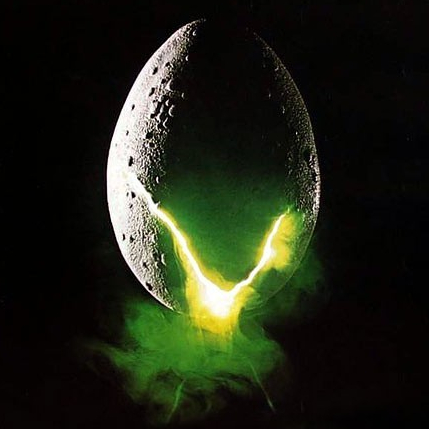 This brings up an interesting point. If this is true, then these species have found an more efficient power source (in an evolutionary sense) than us humans with our food. The purpose of eating is essentially to break down large molecules such as carbohydrates into simpler molecules via burning (reactions with oxygen). This is an oxidation/reduction reaction that involves a simple exchange of electrons. The purpose of eating is to release energy to power our bodies by exchanging reactions. In the process the energy can be used for mechanical and kinetic purposes which (in a nutshell) make up the extent our corporal faculties. 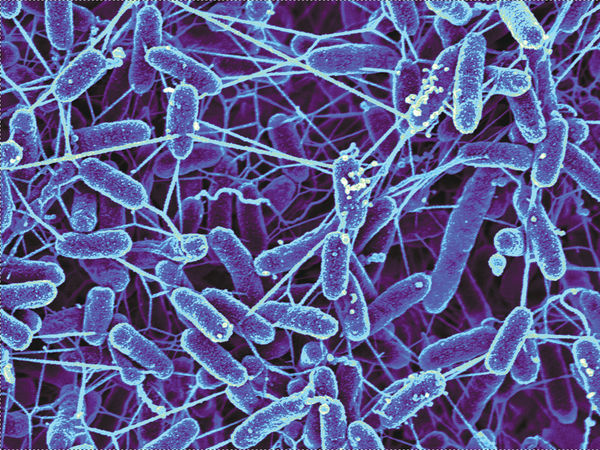 Electricity breathing aliens? Yes, we’ve discovered some of those.

Recently, organisms have been discovered that do not require food per se, but rather use a stream of electrons as a power source. This means that actual life forms exist that do not require nutrition, only a steady stream of electrons to grow, regenerate, and repopulate. Give beings this kind of efficient natural power source and the proper evolutionary environment and you may end up with the cosmically internecine and malignant species of the Xenomorph family. Facehuggers and all.

The question of the appropriate cosmic environment where this kind of life may evolve gives, however, merely tenuous answers. This is purely speculative, but a water based world like our Earth’s surface is probably an unlikely scenario and a more hostile environment is required for such a tenacious and perniciously resolute creature to evolve. If it puts your mind at ease, I don’t believe space travel will be furthered enough in the coming years to meet such creatures, given that something even worse lurks in The White House. 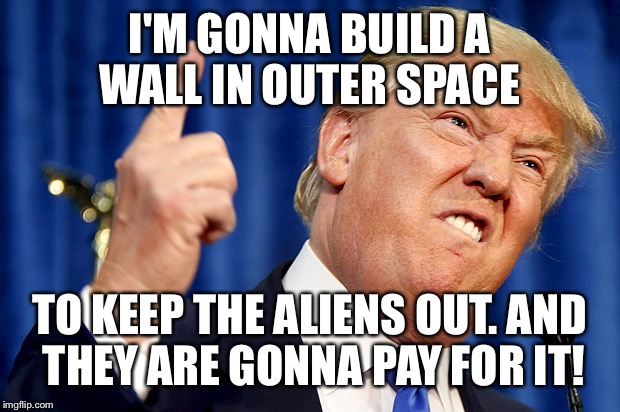